The Riia intersection will become grade separated. The head-on route Tallinna-Tartu-Võru-Luhamaa will be directed over the turbo roundabout with a viaduct, and the turbo roundabout shall include two traversing lanes in both directions. To relieve rush hour traffic, two traversing lanes shall be made available for turning left when coming from Võru and heading to Valga, and when coming from Tallinn and heading to Tartu city centre. 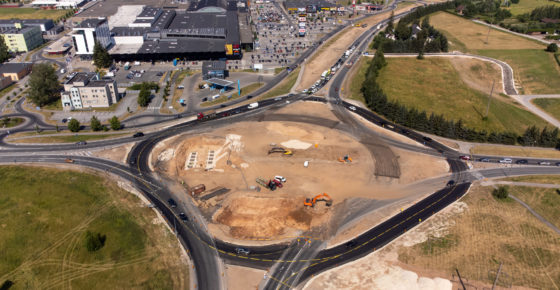