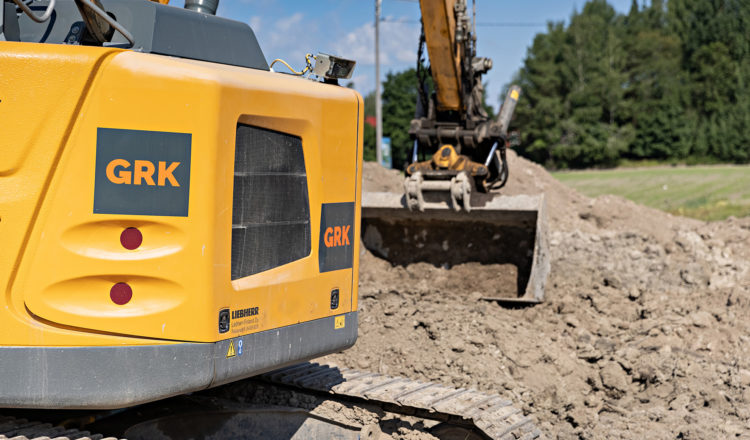 GRK Infra AB has been selected to implement two projects in northern Sweden with a total value of approximately EUR 15.9 million (approximately SEK 163.3 million). The projects are commissioned by the Swedish Transport Administration, Trafikverket.

In the new projects, GRK will renovate the section of the 867 road between Talinen and Vuostokangas in northern Sweden and build a heavy traffic checkpoint on the E4 road in Sävar, near Umeå.

“The projects we have won suit us very well, as our core competencies include the implementation and project management of comprehensive infrastructure construction projects. These contracts are a good indication of GRK’s growth strategy. We aim for significant growth in turnover in the coming years, particularly in the Swedish market,” says Mika Mäenpää, CEO of GRK Infra AB.

The 39-kilometre road project between Talinen and Vuostokangas will start in early 2022, and the contract is scheduled to be fully completed by autumn 2024. The section of the 867 road included in the contract has extensive damage to the bearing capacity, the pavement is in poor condition and there is a need to improve the flow of traffic.

“The road to be renovated is narrow and the contract area is long. This imposes great demands on logistics planning. Approximately 250,000 cubic metres of soil will be cut from the road section to be renovated during the contract, and we will deliver more than 400,000 tonnes of new crushed stone to the site. A total of approximately 3,000 m of new culverts will be installed on the road section, and approximately 240,000 m² of new road surface will be asphalted. The renovation of the road will employ approximately 50 people over the next few years,” says Mäenpää in describing the scale of the project.

In addition to the road project, GRK has been selected to build a new checkpoint for use by the authorities on the E4 road in Sävar, approximately 20 kilometres north of Umeå. Construction work will start in early spring, and the project is scheduled for completion in October this year.

Trafikverket is building several checkpoints in Sweden for police use for the purpose of monitoring heavy traffic. The checkpoints are used for ensuring that heavy vehicles in traffic comply with EU directives and the regulations of the Swedish Transport Administration. The checkpoints improve road safety and reduce the environmental impact of transport.

In addition to an office building, GRK will build facilities for inspection use at the Sävar checkpoint, which will be used for testing the braking systems of trucks and buses and for checking the dimensions and weight of the vehicles. The contract also includes the installation and deployment of electronic variable speed limit signs and surveillance cameras.