In the Ring Road III improvement phase 3 contract, work will be carried out on the Espoo–Vantaa border to Vihdintie for a distance of approximately 2.5 kilometres and on a three-kilometre road section between Vantaankoski and Pakkala.

In Askisto, the existing at-grade junctions will be replaced by a new grade-separated junction. At the same time, a new road will be built as a parallel road to Ring Road III, which will also serve as a detour during the project. In addition, the road structure needs to be thoroughly repaired, as the pile slab on the south lane has been damaged. The project also includes a lot of bridgework, as two bridges on Vihdintie will be renovated, in addition to which eight new bridges will be built. New noise protection will also be built at the Askisto detached house area.

Third lanes will be built for the three-kilometre journey on the road section between Vantaankoski and Pakkala. As part of the project, the embankment of the bridge on the west side of Nuolitie will also be repaired. Public transport stops and walking and cycling connections will be improved throughout the project area. 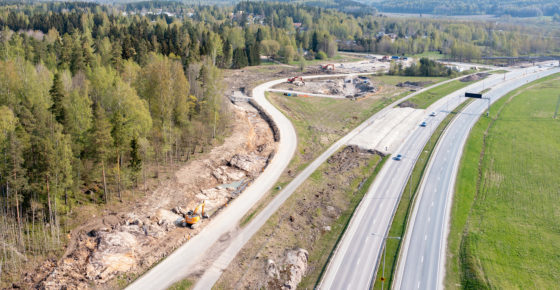