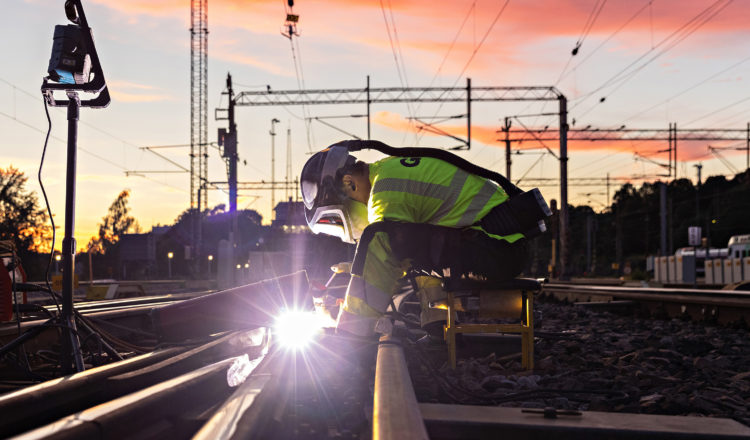 “Last year was a strong year for GRK by many measures. In 2021, our net sales increased by more than 11 per cent to a historic record of EUR 430.6 million. Our growth continued profitably.  Our adjusted operating profit of EUR 22.6 million and adjusted operating profit margin of 5.3% are still at a good level.  I am satisfied with our result, which is a strong performance in our industry. In the same breath, it has to be said that we were not fully able to pass on to sales prices the unprecedentedly rapid rise in material prices that began in the spring and continued until the end of the year.

Our staff performed brilliantly despite the COVID-19 pandemic and the pressure of cost increases. During the year, we completed a number of diverse projects. The basis of our good performance has always been effective project implementation. A great example of the success of the review period was the Verkkosaari preconstruction project, which was handed over to the City of Helsinki with zero defects in November 2021 — about a year ahead of the target schedule.

The most significant growth leap was made in rail construction, which grew by more than 30% from 2020. Our systematic investment in rail infrastructure construction and maintenance personnel and significant investments in machinery produced results. GRK’s wide range of services will ensure our competitiveness in the future growth of the rail market in Finland as well as in Sweden and Estonia.

We strengthened our position in the growing market in Northern Sweden and we can be pleased with the very strong profitability there in addition to the significant growth in net sales (29%). In Estonia, we became one of the country’s leading infrastructure builders, and our net sales doubled compared to 2020.

As the business grew, we managed to ensure the safety of construction sites. Our accident frequency rate in 2021 decreased clearly from 2020 to 7.9 (10.7), which is well below the industry average. By partially switching to biofuels, we demonstrated that we also live up to our values in terms of environmental responsibility. We managed to reduce CO2 emissions by 13 per cent despite the increase in net sales.

Over the past ten years, GRK has grown viably from almost nothing to a company with a turnover of EUR 400 million. During the autumn of last year, we planned our new strategic vision for 2025, published in January 2022, according to which we are aiming for a significant and profitable growth to a size category of EUR 700 million.The aim of the strategy is to build a uniform and more international company with a steadily increasing turnover and the most committed personnel in the field. The new strategy also emphasises corporate responsibility: our goal is to become a forerunner in sustainable infrastructure construction and make the company’s own operations carbon-neutral by 2030. Now, we are boosting our business and growing both organically and through acquisitions. However, we do not want our business to grow at the expense of profitability. Our objective is to become the most profitable company in the field by the end of 2025.

The coming year will raise questions about inflation and the geopolitical situation caused by ty the crisis in Ukraine. We want to ensure the continuation of profitable growth through careful project selection and pricing. Our order book of EUR 382 million was at a good level and distributed evenly at the end of 2021. After the financial period, the new orders won in January–February demonstrate our ability to continue to grow, especially in the rail business and in Sweden.

We had a great year, and we are striving for significant and profitable growth in the future as well. I would like to thank all GRK’s employees for last year and for the excellent results. I am also grateful for the continued support of our customers and partners. Our new strategy gives us a clear sense of direction. We have every opportunity necessary to achieve our goals.”

The seasonal nature of operations

GRK’s business is characterised by seasonality. Net sales and profit do not accumulate evenly during the year. Due to seasonal fluctuations, the accumulation of the Group’s net sales and, in particular, its profitability, is clearly more timely in the second half of the year.

Demand for infrastructure construction is growing or will remain at a good level in Sweden and Estonia, as well as demand for railway construction in all GRK’s operating countries. In the temporarily shrinking market for Finnish engineering and road construction, competition will continue to be intense — the market is expected to return to growth path during GRK’s strategic period (2022–2025). Further increases in material and energy prices, as well as in inflation in general, can be seen until 2022, a risk which could be further exacerbated by rising interest rates and geopolitical conditions.

• GRK’s accident frequency (accidents at work resulting in at least one day’s absence per million hours worked) was 7.9, which is below the industry average.

Financial targets updated along with the new strategy

In December 2021, GRK’s Board of Directors approved GRK’s new strategy. GRK measures the success of its strategy by monitoring the Group’s financial targets, which the company aims to achieve by the end of 2025:

Events after the financial period

• On 18 January 2022, GRK Rail Oy entered into an agreement with the Finnish Transport Infrastructure Agency on a subproject belonging to the Northern Finland Railway Remote Control System Renewal Project (POKA project). The value of the subproject planned and implemented by GRK, including options, is EUR 5.8 million.

• GRK Infra AB has been selected to implement two projects in northern Sweden with a total value of approximately EUR 15.9 million (approximately SEK 163.3 million). GRK announced this on 20 January 2022.

•GRK has been selected to carry out a project involving the construction of roads and railways in Sundsvall, Sweden. The value of the contract exceeds EUR 28.6 million (SEK 300 million). GRK announced this on 17 February 2022.