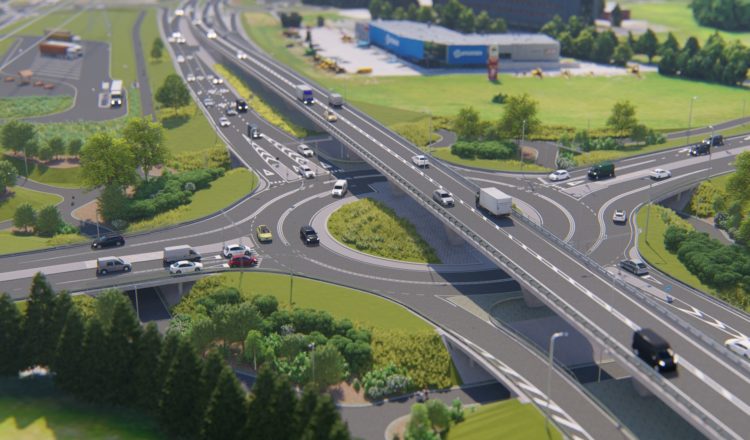 In Estonia, the market outlook for infrastructure construction is positive, and contracts are being actively launched. In addition to ongoing contracts, GRK has received a number of interesting new contracts. GRK has contracts worth more than EUR 120 million in progress in Estonia.

GRK has an ongoing large road construction project on the new Tallinn–Tartu motorway. The value of the Võõbu–Mäo contract is approximately EUR 45 million and will be completed by the end of 2022. Construction work on the border fence and the first part of the service road between Estonia and Russia, which began in spring 2020 (approximately EUR 8 million), will also continue in South-Eastern Estonia. The work is expected to be completed by the end of 2021. An extension order has been received for the contract this year, of which GRK’s share is approximately EUR 8 million. Work on the extension contract will start in June. In addition, three smaller contracts with a total value of approximately EUR 3 million will be awarded in Rakvere and Tamsalu. These contracts will be completed in autumn 2021.

In June, GRK will begin construction of the final phase of the Tartu bypass. When completed in early 2023, this approximately EUR 23 million contract will streamline the city of Tartu’s bypass traffic. The contract includes the construction of new 2+2 lane road and transport connections on the Tallinn–Tartu–Võru–Luhamaa highway within the city of Tartu. In addition, the roundabout will be transformed into a level crossing. Also four pedestrian tunnels, two land bridges, a new city motorway will be built, rainwater pipes and street lighting will be renewed, and a lot of streets and civil engineering work will be done.

Many projects on the railways

GRK and Siemens Mobility Oy are implementing the renewal of the safety equipment systems of the Estonian railway network (Eesti Raudtee). The agreement on the modernisation of safety equipment systems covers most of the Estonian railway network. Eesti Raudtee’s reform programme is to be implemented in three phases. The safety equipment systems reform programme will be implemented in three phases in 2020–2027. The agreement relates to the first and second phases and provides the basis for the migration of the entire network to the European Rail Traffic Management System (ERTMS/ETCS) in the third phase. The implementation of the first and second phases is expected to be completed by the end of 2024. The implementation includes the commissioning of certified safety equipment systems that meet safety requirements, spare parts required during the contract period, and post-commissioning support and maintenance services for five years. The project is in the planning phase and construction will start in the first half of 2022. The value of the contract for GRK is approximately EUR 35 million.

In addition, GRK has received the first contract for railway superstructure work from Eesti Raudtee. During summer 2021, the project will renew the rail fastenings for about 26 kilometres on the sections Auvere-Soldina, Elva-Palupera, Ropka-Nõo, Sangaste-Valga, Põlva-Veriora.