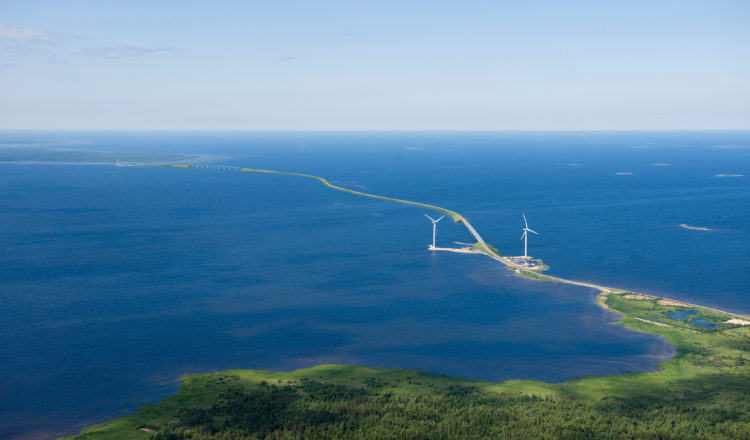 GRK is participating in the Hailuoto GAP consortium offer, which has been selected by the Finnish Transport Infrastructure Agency as an alliance partner for the Hailuoto causeway in Finland following a competitive tender. GRK is involved in the alliance as an infrastructure constructor and the designers are Afry Finland Oy, Plaana Oy and Insinööritoimisto Ponvia Oy. The total estimated cost of the project is approximately EUR 96 million. GRK’s share of the value of the contract will be specified later based on the development phase.

The aim of the Hailuoto causeway project is to build a causeway between Oulu and Hailuoto, which will replace the current ferry service. Four tenderers participated in the tender organised by the Finnish Transport Infrastructure Agency, of which Hailuoto GAP was selected as a project partner on 11 March 2022. The appeal period for the procurement decision is ongoing.

GRK aims for significant growth, which is reinforced by new orders. At the end of 2021, GRK’s order backlog totalled approximately EUR 382 million. The Hailuoto causeway project will be included in GRK’s order backlog once the decision and agreement on the implementation phase have been made.

The causeway improves the accessibility of Hailuoto. The causeway will be approximately 8.4 kilometers long, and it will consist of a road running on top of an embankment and two long bridges, one in Huikku and the other in Riutunkari, each approximately 750 meters long.

The large project is implemented using an alliance model, in which the client, the planners and the contractor form a joint project organisation.

“It’s great to get to the development phase together with the selected alliance partner. We can utilise the expertise of the designer, contractor and client for the best of the project,” says Terhi Honkarinta, Project Manager at the Finnish Transport Infrastructure Agency.

“I believe that we all share the excitement to be able to start planning and implementing a national landmark with the Finnish Transport Infrastructure Agency. The team came together already in the tender stage. It’s great to continue developing the project together from here with the client, AFRY, Plaana, Ponvia and GRK’s professionals,” says Project Manager Jaakko Mäkelä from GRK Infra Oyj.

The Finnish Transport Infrastructure Agency will then make a separate decision on the implementation phase of the project. The implementation phase, i.e., the actual construction work, can begin once the water permit decision for the project becomes effective. An appeal on the water permit was made to the Vaasa Administrative Court in spring 2020 and it is still pending.