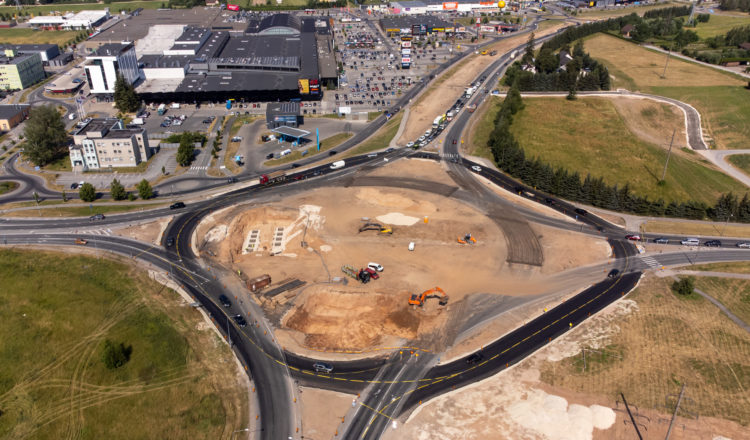 The CEO of the construction group GRK’s subsidiary in Estonia will change. The current CEO, Tarvi Kliimask, will be stepping down as of 10 February 2022. The recruitment process for a new CEO has already begun.

GRK Group’s Estonian subsidiary has established its operations as a reliable partner. Founded in 2013, the company’s turnover has consistently grown throughout its operations. In 2021, its turnover was EUR 42 million, which was twice that of 2020. Infra’s business area unit has grown profitably in Estonia, and it has a very strong order book.

The Estonian unit’s business will be overseen by GRK Group board member Keijo Haavikko until a new CEO is appointed. He has actively supported Tarvi Kliimask in his work for several years and, as such, business in Estonia will continue normally during the recruitment process for a new CEO. For the time being, management of the company will be overseen by GRK Group personnel manager and board member Johanna Korhonen.

Tarvi Kliimask has been the Estonian subsidiary’s CEO since its founding. He has also been a member of GRK Group’s management team since 2018.

“I want to thank Tarvi Kliimask for his long career and impressive leadership. “I wish Tarvi a meaningful sabbatical and success in his new work after a well-deserved break,” says GRK Group board member Keijo Haavikko.

Aiming for significant growth in Estonia

GRK has released its new strategy, which includes a significant growth target. GRK’s objective is to achieve a turnover of more than EUR 700 million by the end of 2025. In other words, the company is striving to increase its turnover by more than 80 per cent compared to 2020.

“GRK is one of the leading infrastructure sector operators in Finland, but the significance of its operations in Sweden and Estonia especially will grow during the next strategic period. We are looking for a CEO in Estonia who can help our business grow in accordance with our targets,” Haavikko says.

The Estonian subsidiary operates in all areas of infrastructure construction in Estonia, where the company has several on-going projects. The changes will not affect these projects or customer relationships.

GRK is looking to grow through, for example, the Rail Baltica project, in which the company will pioneer the building of a bridge in Rapla County. In addition, GRK is currently working to upgrade the highway between Tallinn and Tartu into a two-lane motorway for a total distance of about 28 kilometres.

GRK builds traffic routes, roads, railway tracks and bridges. GRK is a construction group operating in Finland, Sweden and Estonia. Our turnover in 2020 was over EUR 387 million.

In addition to the parent company GRK Infra Oy, the GRK Group comprises the subsidiaries GRK Road Oy and GRK Rail Oy in Finland, GRK Infra AB and GRK Rail AB in Sweden and GRK Infra AS in Estonia.